In a world where everyone seems to get offended at the drop of a hat, it is easy to bristle at the thought of being asked to remember one more special way someone should refer to something so it isn’t viewed in the wrong light. It’s easy to scoff and say that the words don’t matter if the intention wasn’t bad but I think history has taught us that is untrue. Adoption is fraught with so many deep emotions that treating it casually is offensive to the adopter, birth parents, and adoptee. Here are some reasons why adoption language is important.

In short, the language we use in all things carries weight. Most people use negative adoption language unintentionally. Before I was a mom I asked a mom friend if she had any “real” kids, meaning biological kids. She gently but firmly made me aware of my error and why it mattered and I can blush to my toes if I think too hard on it today. It does matter. These children and families deserve dignity and respect. All families involved, even, and especially birth families that made an adoption plan for their children when they realized they wouldn’t be able to parent as well as they wanted to. 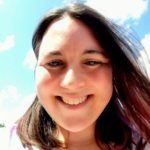 Christina Gochnauer is a foster and adoptive mom of 5. She has a bachelor's degree of Psychology from Letourneau University. She currently resides in Texas with husband of 16 years, her children ages 3, 3.5, 4.5, 11, and 12, and her three dogs. She is passionate about using her voice to speak out for children from "hard places" in her church and community.

Any cookies that may not be particularly necessary for the website to function and is used specifically to collect user personal data via analytics, ads, other embedded contents are termed as non-necessary cookies. It is mandatory to procure user consent prior to running these cookies on your website.